Breaking with a one hundred and forty-four year old convention that regulates postal rates world-wide in order to prevent barriers to entry by poorer nations and promote the ease of cross border communication and commerce, Trump is signalling that the US will withdraw from the treaty that legitimised and continued the Universal Postal Union, an arrangement that has fully one hundred and ninety three signatories with the four outlying states relying on other members to execute their mail delivery. 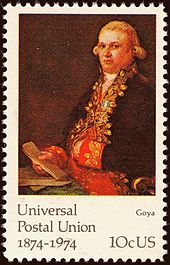 Drafted at a time when European powers were dominant exporters and much of Asia was agrarian society (also kind of a myth borne out of the idea of exceptionalism), the US believes the conditions of the treaty disadvantages American business by subsidising shipments from China and flooding markets with cheaper wares. Prior to the agreement, countries needed to negotiate separate treaties and issue stamps for each leg of the missive’s journey, often outsourcing mail delivery to forwarding agents under conditions and protocols created during the sixteenth century by the Lombard-German royal house referenced in the title. The US was already given the dispensation to dictate rates for large packages but small parcels (under two kilogrammes—in keeping with the union’s original charter to establish a uniform and affordable flat-rate across currencies and purchasing-parity for sending letters and vendors’ samples) were under the jurisdiction of the international body. The proliferation of on-line shopping translated to opportunities for retail sellers. What do you think?  Maybe the house of Thurn & Taxis were the original postal Illuminati but this recent investigation on the treaty and the Universal Postal Union from Planet Money is helpful and comprehensive primer for understanding what is at stake.